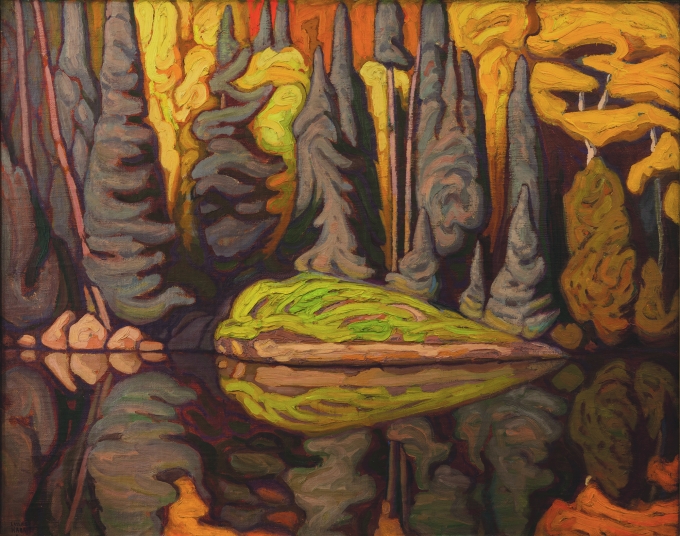 Lawren S. Harris was the older of two children born to Alanson and Mary (Morgan) Harris. He was born in Brantford, Ontario in 1885. The Harris family founded the farm machinery manufacturer, Massey-Harris Company Limited (now Massey Ferguson Limited). Harris’s artistic pursuits were not financially constrained. As a child he began drawing and painting in watercolour and went on to study art in Berlin in 1904. Harris adopted a theosophical philosophy, a mystical branch of religious doctrine, which became hugely important to both his lifestyle and his art. Harris’ impressionistic style used rich, bold colours to illustrate reoccurring themes featuring the beauty of the natural world. This style through the years evolved into abstraction. After travelling through Europe and the Middle East, Harris returned to Canada at the age of 22 and settled in Toronto. Harris became very involved in the Arts and Letters Club of Toronto, where he met the other members of what would become the Group of Seven and shared with them the modern artistic philosophies he had discovered abroad. In 1913 he and Dr. James McCallum funded the construction of The Studio Building, on Severn Street, Toronto, to allow these artists a place to live and work together, building a new kind of Canadian art. Harris funded multiple trips to Algoma, Ontario, and is considered responsible for the official forming of the Group of Seven. He died in 1970. 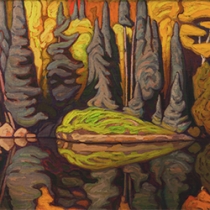 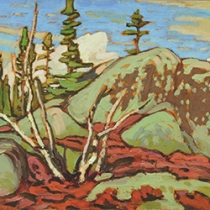 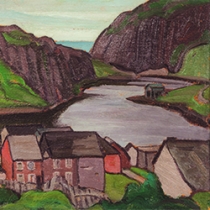 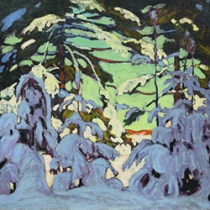 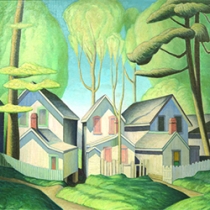 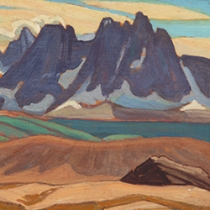 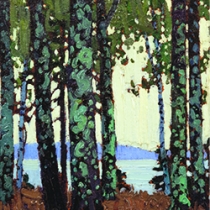 Trees by a Lake