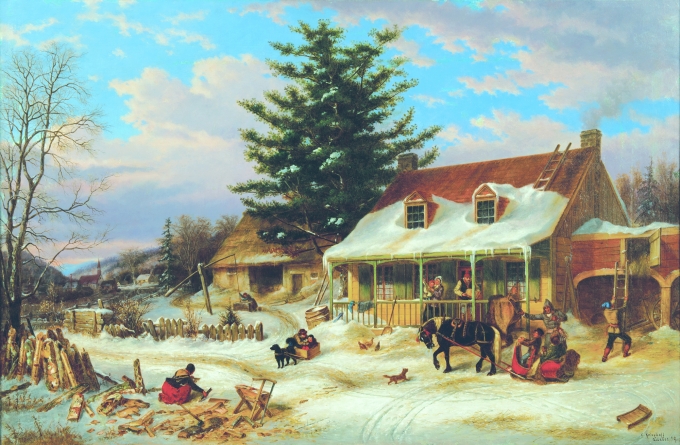 Although he was not born in Canada, its people and landscape are the subjects of almost every work painted during the prolific career of Cornelius Krieghoff. Born in Amsterdam in 1815, the young Krieghoff  moved multiple times during his childhood. Not much is known about his education nor the beginnings of his artistic career. He enlisted in the United States Army at the age of 22 and served for three years. After marrying Emilie Gauthier in May of 1839, documents show the young couple settled brieﬂy in Rochester NY before moving to Montréal. In October of 1844, Krieghoff  travelled to Paris, where he studied with Michel-Martin Drölling and copied paintings in the Louvre. Upon his return to Montréal he established a studio, sometime between late 1845 and the following year. Krieghoff’s early works feature mostly interior scenes of the quotidian habitant life. Starting in 1848, he began to depict local First Nations’ culture with increasing frequency as well as sleigh scenes which find their roots in some of the works he copied during his time in Paris. By 1850, his work had gained such attention that Krieghoff  began having prints of his work made in Munich. His prints were especially popular with the rising middle class, who were also attracted to the familiar subject matter they portrayed. By 1853, when the family moved to Québec, Krieghoff  had risen to the status of celebrity in the contemporary Canadian art world. Ten years later he returned to Europe, where he continued to paint Canadian subjects until his 1870 return to Canada. He stayed in Québec only brieﬂy before moving to Chicago where he died in 1872. 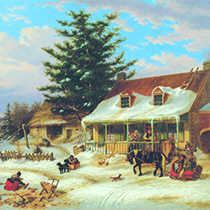 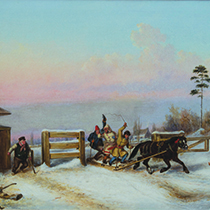 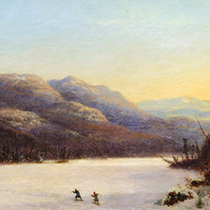 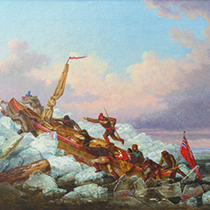 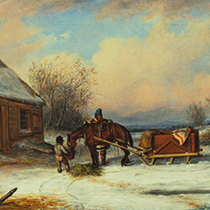 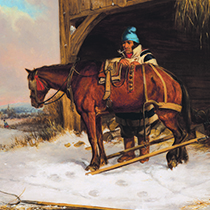 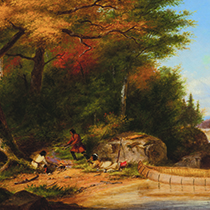 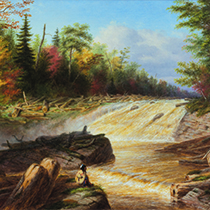 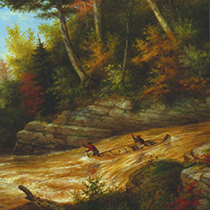 Shooting the Rapids on the Jacques Carti... 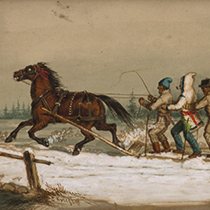 Three Figures on a Horse-drawn Sleigh